Are you having trouble sleeping at night?

Are you waking up during the night? Or, maybe you’re tossing and turning unable to fall asleep?

Many of us are not getting the sleep we need. In fact, 1 in 3 adults in the United States is not getting enough sleep.

What’s the problem and how can we get our shut-eye?

We often think of the best sleeping conditions as being in silence. But the science of sleep is increasingly pointing towards the benefits of certain so-called ‘sleep sounds’ to improve your sleep. And many people are realizing how they can get restorative sleep with these sounds.

The sleep sounds can help to cancel out other noises. So whether it’s your partner snoring or neighbor’s dog barking, your mind will be focused on other sounds.

Instead of hearing everything around you and being disturbed, these sounds provide a consistent ambient noise which serves as the background to your sleep.

The craze for ‘sleep sounds’ is catching on. But most people have only heard of ‘white noise.’ However, there are actually many other sounds to help you sleep. Keep reading to find out more about the best sleep sounds for a good nights rest.

Just as white light has every color of light in the color spectrum, white noise includes every sound frequency that can be heard by humans. Pretty incredible, right?

But how could all this noise possibly help with sleep?

Many people assume that silence is the best conditions for sleep.

When the frequencies that make up white noise come together, it doesn’t sound like a racket. But in fact, it has been described as fuzzy, buzzing, static kind of sound. Far from the hectic noise, you might expect.

It’s probably familiar to anyone old enough to remember the white snow on televisions back in the olden days. This is very similar.

While every frequency is contained within the white noise, the human brain only amplifies the high pitch sounds. This means that the highest pitch frequencies almost entirely drown out any other sounds.

And it actually works. One scientific study published in the Sleep Medicine journal found that patients in a hospital woke up significantly less frequently when played white noise compared to without it. It’s great for cutting out disruptive noises.

Therefore, anyone who suffers from insomnia or has to sleep under noisy conditions could find white noise useful to getting some shut-eye.

While most people have heard of white noise already, pink noise is emerging as a preferred choice for many people.

Pink noise contrasts with white noise in that all the frequencies can be heard in equal measure. This creates a balance of sounds rather than a single tone.

This results in a deeper but softer sound than the white noise. Pink noise has been compared to a windy breeze in the bushes or the sound of rain hitting the streets.

But you don’t have to take our word for it. According to researchers at Peking University in China, 75 percent of participants found that pink noise resulted in improved sleep compared with no sleeping sound at all.

It’s not only sleeping that pink noise can help you with, but the memory. According to researchers at Northwestern University, Feinberg School of Medicine, listening to pink noise while asleep can improve your memory capacity too.

So if you’re looking for more restful and deep sleep, or even improved memory, you should definitely try out the pink noise.

We’ve had white noise and pink noise, but what about brown noise?

Unlike the other two, brown noise is named after a person. Robert Brown, a 19th-century botanist, discovered random participle motion.

The randomness of the sounds has earned the noise, brown noise.

If pink noise and white noise isn’t for you, perhaps you’d prefer brown noise. Brown noise dampens the higher frequency sounds even more than pink noise. As a result, it produces a deep and rich tone.

Many people have compared brown noise with the sound of waves crashing against cliffs or the splash of a waterfall.

If that’s your sort of thing, then you should try sleeping with brown noise in the background.

Although brown noise might have been compared with the sounds of water and waves, there’s nothing like the real thing!

It’s no shock to anyone that the sounds of ocean waves is soothing and relaxing for falling asleep. Whether you’re closing your eyes for a midday nap or mediating, ocean waves are an excellent choice for sleeping sounds.

According to Professor Orfeu Buxton of Penn State University, the benefits of ocean wave sounds for sleeping are that they are “slow, whooshing noises.” He adds that there are “non-threats, which is why they work to calm people.” It’s as though they’re saying, “don’t worry, don’t worry.”

But many people also like the lighter sound of the pitter patter of the raindrops, or a calming stream of water. Water is so great for sleeping because it’s uninterrupted running sound quality.

Another obviously attractive sound for sleeping in nature. Whether it’s the sound of birds singing in the trees, the wind breezing through the trees or just the echo of the wilderness.

Researchers at the University of Sussex, in the UK, found that nature helps us sleep because it invokes outward focused attention of the mind. When they carried out studies on participants listening to nature sounds on while they slept, they monitored the responses of the brain to the sounds.

But why does outward focus matter? This helps us sleep because an inward-looking mental activity is closely associated with anxiety, depression, and stress. All of these things are damaging to uninterrupted and restful sleep.

Try listening to the sounds of nature and the wild while you sleep. Maybe all you have to do is open the window. But if you live in the city, you can download an app with sleep sounds on it.

Music is often said to have the power to connect people around the world. We don’t know about that. But by listening to relaxing and chilled music can certainly help you sleep.

Listening to music at nighttime has been associated with low blood pressure and heart rate. But it can also help to ease anxious feelings and calm the mind.

But what kind of music should you listen to?

Researchers at Semmelweis University in Hungary discovered that listening to classical music was significantly helpful for participants with sleeping problems.

If classical music isn’t your thing at all. You don’t have to listen to Mozart every night to fall asleep. You can listen to anything that calms you. This means that heavy metal is probably not the best music for falling asleep.

According to the founder of the Academy of Sound Therapy, UK, you need to find a song with a rhythm that is “weightless.” It should also have a beat that synchronizes with your heart rate and lasts at least eight minutes long. This is because it takes up to 5 minutes for the synchronizing process to really kick in.

The final item on our list of sleep sounds is soothing voices. We’ve all experienced the feeling of falling asleep with the television on, or maybe in a meeting or lecture at the university.

This is because soothing voices send us to sleep. It’s perfectly natural that the comforting sound of a loved one reading you a story or telling you about their day relaxes us.

It doesn’t matter what is being said. What matters is the tone and cadence of the voice speaking.

This is why many meditation and yoga sounds use soothing human voices to help relax and focus you. This is the same for sleeping.

If you only want the real thing, ask your partner or parent to talk to you in bed while you fall asleep. Or, record you parents reading all-time favorite so that you always have it to fall into your slumber.

There are many different types of sleep sounds to send you to sleep at night or nap during the day. It’s totally don’t to the individual. You have to decide what works for you.

A lot of the time, different sounds trigger different memories and emotions for you. If you grew up by the ocean, perhaps sounds of waves will help you sleep.

If you live in a noisy city, you might find that white noise cuts out everything else and allows you to have uninterrupted eight hours of shut-eye.

Whatever it is, taking steps to make sure you get a good nights sleep is worth it.

Our goal with Sleepify is to be the ultimate sleep resource – helping you have a better night’s sleep. Check out the rest of our blogs today! 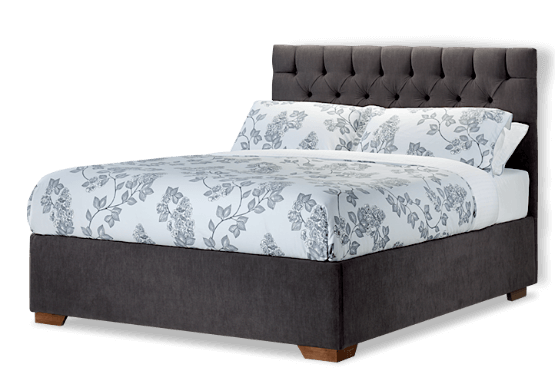